»Trust is an Attitude« – Musical Inspirations on the Culture of Improvisation 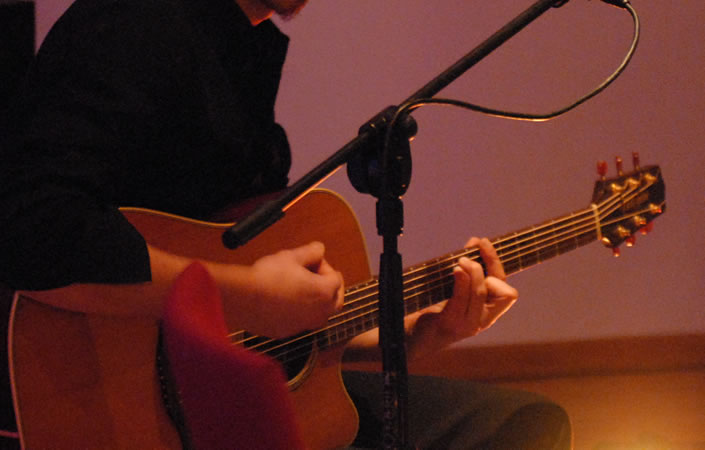 Life is a lot like jazz… it’s best when you improvise. (George Gershwin)

I believe that the ability to improvise is becoming more and more important for individuals, teams and organisations in an increasingly VUCA business world. Where volatility, uncertainty, complexity and ambiguity are making it impossible to know whether the plans of today will still be valid tomorrow, it is important to be able to act on the spur of the moment. Where it is necessary to act faster than ever before in order to stay in the field while it is impossible to base these actions on a plan, certain results can only be achieved by trial and error. Where the conditions are prone to change at any time and adaptation and reorientation are necessary in ever shorter cycles, improvisation makes financial sense, too. It takes a lot of time and capacities to build up a perfect structure. Are we sure that we really always need a perfect structure, especially so when standardization is lost and we encounter more and more customization? In brief: perfectly orchestrated organisations are going to have to prove their jazz band qualities more and more often in order to stand their ground in the world of VUCA.

The last SYNNECTA Sophia included an experiment on this hypothesis: We invited the two musicians Ulla Oster (double bass) and Vincent »Themba« Goritzki (guitar) for a joint improvisation session. However, we asked them to refrain from any previous contact with each other. We wanted to test the musical scope of improvisation out of a spontaneous encounter and eventually enter a dialogue about the basic principles of improvisation.

I myself eagerly looked forward to the event: nobody could be certain whether the audience’s ears would be pleased by the melodies and rhythms awaiting them. My tension grew as the musicians began to play. What I heard was amorphous and chaotic without recognizable harmonies; it was noise rather than what is generally considered to be music. After a while, however, first structures slowly emerged as the musicians scanned and reacted to each other. Harmonies were adopted, lines of melody taken on and continued, a rhythm began to dominate the chaos – there was music! Toes began to move to the beat. The music grew… After roughly an hour, the two musicians made eye contact to agree that their improvisation had come to an end and bowed first to each other and then to the audience. They earned enthusiastic applause from the managers and business representatives in the audience.

In the subsequent interview, we first addressed the basics of playing together and then opened the floor for an audience discussion. I would like to reconstruct from memory some of the conversations that ensued in the course of this dialogue. These ideas had moved me in particular, as I consider them paradigmatic illustrations of the basis for successful joint improvisation. They also show how differently the audience and the musicians approached the subject.

Spectator: Having played with him for one hour now, what to you think of him? What is he good at, what not?
Musician: It’s much too early to answer that, I hardly know him….

Spectator: While you were playing, I noticed that you kept taking turns being in the lead. First one of you lead and the other followed, then the next moment it was the other way around. How does that work?
Musician: I didn’t think that that was a question of leading and following. It was more like a dialogue among equals…

Spectator: At one point he grew louder and you resisted, you refused and entered a conflict…
Musician I: That wasn’t a conflict, it wasn’t about power. I simply followed the energy.
Musician II: It’s more like in a conversation that can grow louder and more animated out of enthusiasm, for example. Then everyone is louder without really noticing…

Spectator: You didn’t know each other at all. How did you establish trust?
Musician: That was there from the start. To me, trust is an attitude.

So here are four impulses from the musicians for a new culture of improvisation in organisations:

I can imagine that this attitude, as inspired by music, could enable improvisation in businesses and even improve cooperation in general. It constitutes a wonderful invitation from the musicians to experiment and improvise in our own fields and spheres of work… 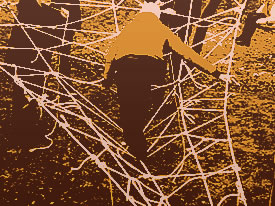 On the path to slowness

In business and in private, our world is dominated by diversity, indecision and fast changes. It is increasingly rare to find reliable constancy. This situation is well described by the keyword VUCA (Volatility, Uncertainty, Complexity, Ambiguity). This is the reality in which global business management has to act internally and externally. Consequences of this circumstance include the failure of long-term planning, the necessity to quickly adapt strategies and an increasing loss of trust in the vision and decision-making qualities of hierarchical management organizations.

The increasing internal complexity of organizations makes it impossible to answer the complex demands of the markets and the competition. While the range of nodes in matrix organizations have already in the past been hard to encounter with sets of rules, we confront the same difficulties today with a number of further forms of organizations. Fast, thematic groups aiming at desirability and operating with a high degree of self-determination and free from hierarchical sets of rules are forming within organizations.

This diversity increases the degrees of freedom available within organizations; at the same time, however, it also reveals contradictions. The hierarchical organization and its bureaucratically oriented management demands other attitudes and forms of communication than does a temporary form of organization that rests on thematic desirability. They run up against each other. The contradictory nature of the different forms of organization can no longer be solved bureaucratically and thus every employee has to find their personal, meaningful way of shaping such friction. Employees often react with a sense of not really being managed anymore – they experience their management as unpredictable or helpless.

The global network of markets and competition certainly contribute to the VUCA world. Speed, a range of demands from diverse markets, the growing definitive power of social media and the emergence of new competitors with other internal rules create an unstable environment for businesses. As a result, planning loses its aspect of security and medium and long-term strategies lose their relevance. Businesses now have to deliver not only speed but also flexibility and high and fast adaptability. In short: more opportunistic behavior.

Businesses respond with the development of faster, more dynamic forms of organization, which in turn raise internal contradiction. Employees looking for security lose trust in their management.

The classic response patterns (finding and formulating new rules) of large organizations are little help in this situation. Rules are there to provide stability, reliability and predictability. The VUCA world spells danger for this very purpose of rules, demanding, as it does, the regular breaching of rules in order to maintain the necessary speed and flexibility.

Answering contradiction, diversity and the demand for constant otherness with a perfection of the bureaucratic apparatus strikes me as hardly expedient. Of course we need rules in the hierarchical organizations we cannot yet do without. Hence the question is not whether we can do without rules, but whether we can resist the impulse to try to use a complex set of rules in order to remove contradiction from something that is inherently contradictory: That is impossible! The first step towards a change of an organization culture that will be able to deal with and in the different principles of organization is to accept contradiction and not to negate it. And what next?

The difficult answer to that question is: trust. Trust that I give and not trust that has been earned.

»When you trust people to help you, they often do«, wrote Amanda Palmer in her essay The Art of Asking. They do it without gaining a direct benefit from it. They cooperate. Yet we often mistrust others and so we install a range of control mechanisms as safeguards. We all have stories that give us a reason to mistrust others. But we should also be aware of how many stories we know and have lived where trust has helped us.

A preeminence of mistrust, as I witness it time and again in business sectors, slows down, creates bureaucracy and takes away spontaneity. This, in consequence, is poison to success, where what is called for are flexibility, agility, fast decision-making and the readiness to accept a risk. In order to successfully handle the world of VUCA, the most important step is to develop trust within the organization.

In The Truth about Trust, David DeSteno says that: »Trust, then, is simply a bet, and like all bets, it contains an element of risk.«

If trust is so important, what do we do in order to be able to trust each other more and to want to take the risk again and again? We don’t do a lot. We treat this central topic as a peripheral issue. We don’t create situations in which we can learn to trust. This entails a question to the departments of education, which continue to want to pass on nothing more than knowledge. They neglect that »being able to trust« is an act of forming emotions.

We know that people with a high degree of trust are more likely to emerge from a conflict situation with a good solution. Educated trust that has become intuitive allows us to deescalate and to find useful solutions. Trust can be established and can be learned. Of course trust will be disappointed every now and then; we will have to attain the ability to forgive as well as to trust. However, both scenarios will only be able to come about when I don’t wait for the other person to remove my distrust. Trust is something to be given, it cannot be earned. It can only be affirmed or disappointed. The very first step, however, is to learn to trust as a matter of principle – not only for me as a person but also for the business.

The world of VUCA doesn’t appear to give us much scope in this realm. If we do not trust, then we will not be able to be flexible, fast, agile, adaptable enough. We will remain on our path to slowness.