Agile organizations and their growing pains 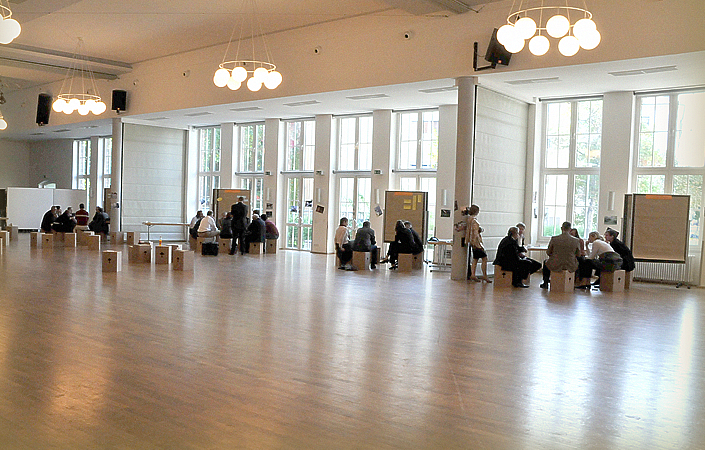 The group was silent. They stayed silent, even as the inviting manger tried to send an optimistic and constructive message. Questions were ignored or answered with vague and irrelevant responses. Although the conversation livened up a little in smaller groups, it still lacked clear statements that would have explained this highly unusual behaviour for a group in a work environment. I was faced with the remnants of a group, and an organization, in the aftermath of a failed agile experiment: silence, disappointment, sadness, discord. What had gone wrong?

It was not simply the manager’s doing. He had a very clear understanding of agile methods, agile forms of organizations and he clearly demonstrated that he had reflected on his position and his behaviour and was still doing so. Still, he had underestimated some of the social and psychological dynamics of his experiment.

Later on in the day, we were able to talk about a few of the reasons for the situation this organizational unit found itself in. This did not resolve the deep disappointment and loss of trust in oneself and the company, but it aided a more realistic appraisal. Which circumstances had been obstacles, where was the learning potential?

1. The project employed brilliant people with a good education, high commitment and a passionate pursuit of their ideas. They were to be different from the majority of the employees in this global, very well organized company. They were promised a place where they would be able to pursue their ideas, realize the projects that were closest to their hearts. The beginning was enthusiastic, teams emerged, the work was highly satisfactory. Then, however, the organization interfered with their own strategic notions. These often did not correspond with the dreams and hopes of the employees. Financing was discontinued from some projects – a logical and sensible step from the viewpoint of the company, yet a brutal stop for a new idea with a future which had seen great progress towards realization within a short time. The employees were neither able nor willing to understand the reasoning, and doubted the economic considerations. They were shifted into new projects, new beginnings: the essence of what had filled them with such a deep sense of meaning was gone. Although they were placed into an equally free and self-organized structure, it lacked the content, the emotional attraction. At this point, others left the company already. The mourning of lost projects was tangible during our workshop, it cast a long shadow over everything. However, it was not discussed, like a secret that everyone was aware of. Organizations that are characterized by their participants’ commitment and passion need farewells and rituals of mourning in order to free people up for something new, for a new passion. It is difficult to have a burning passion for a product idea in a context of dependent employment: working with people who want to be committed to facing problems, clients, possibilities seems to have more promise.

2. Following the textbooks, they nominated a Scrum Master, also a brilliant young man, with a lively, fluid intelligence and degrees from several top universities. He was good, but couldn’t put a halt to his own being the best of the best: he was unable to control his urge to be part of the actual work in every field by bringing in his knowledge, his ideas. He tried, quite dogmatically, to communicate the rules and demanded discipline. He lacked social skills, control of his narcissism and an understanding of the task and role of a methodic and social guide. He was the wrong man for this task. Social skills are rarely learnt at top universities.

3. The people were placed in an agile work context without a deeper understanding for the dynamics of an agile, self-organized structure. Their own psychological contract with the company, however, contains many elements that are not agile: these include an understanding of having become part of the system upon entry into the company, a system that takes care to provide a safe place and relieve any concerns about uncertainties of the future. They had entered a safety zone with the promise of a long career. The expected all the freedoms as well as a manager to provide a direction, carry the weight of decision-taking and provide a solution in cases of conflict. What they got was a general strategic direction, a discussion partner and someone who made sure that cooperation with the umbrella organization would work. They did not get any decisions on the content of their topic, their project. That in itself was too much. When it was then decided that the feedback talks would be conducted in the groups themselves, they were completely out of their depths. As no-one had any knowledge or experience of group dynamics, situations escalated and/or the system was paralysed by silence.

4. At first, all doubts, contradictions and uncertainties were compensated by the participants’ own enthusiasm for their own topics. As time went by and projects were lost, it had to be admitted that dreams were just illusions and questions arose: questions about the future, about security, questions that pop up once the buoyancy of enthusiasm is gone. Where careers, securities and rewards had initially been irrelevant, their significance now started to grow. A new importance was given to the future and to career paths. Promotion was the crux, and the notion of lateral careers only caused disappointment. A company that was unable to offer an upwardly mobile career became unattractive.

Following long periods of silence, we were able add up fragments of the pain and disappointments and at least establish a higher degree of truth. Scenarios for a new beginning were sketched out. For some, there emerged another opportunity to re-immerse themselves into an agile world with more understanding. Others gained the clear knowledge that agile self-organization was not the place for them. Some are leaving the organization – the headhunters are lying in wait. The clarity we gained made it possible for individuals to take decisions and forge a path on which to turn the lessons and experiences into a new attempt.

Clarity and the truth about agile organizations need to be told unmistakeably from the start. There has to be an understanding that the participants require a high degree of social competence in order for the journey to succeed. The position of an Agile Culture Coach should be a matter of course. And finally, we need to accept that we still have only few ideas when it comes to showing paths into the future for people in organizational structures of this kind: paths that can be an attractive alternative to the model of vertical careers.