Learning Logistics in the Land of Smiles 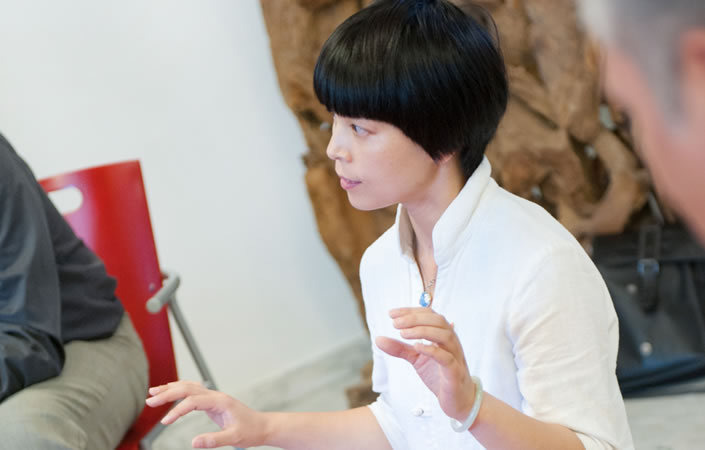 An innovative, dialogue-oriented logistics training… in China. Is that possible? There are plenty of stereotypes about learning in China, including positive ones. However, they certainly do not include interaction between »teacher« and »students«, working on a par, fostering productive chaos and creativity. Yet, being who we are – SYNNECTA – we wouldn’t allow such stereotypes to stop us.

The background: Since 2011, we have been working with a premium automotive manufacturer to establish a modern logistics system. In our times, lean logistics processes significantly shape the success of the entire production process as a growing number of models, derivative products and production sites have increased complexity. In other words, logistics processes are significant to progress, innovation and the future success of the entire business. Next to the need to safeguard supply for the production, ever greater significance has also been awarded to cost, efficiency and process stability.

This means »hard« changes, such as optimizing and streamlining processes, raising flexibility and reducing storage spaces on the assembly lines, but also a new mindset in logistics organization. A fundamental rethink is required of all concerned. The employees have to gain an overview of the entire process and at the same time take responsibility. What needs to be sharpened is not only the establishment of logistics planning itself, but also an awareness of how such planning needs to be approached in the first place.

We do not want to train employees the classic way: we want to enable them to release knowledge out of themselves and to establish a new mindset in a bottom-up workshop. Initially, we do not address each production site separately (»heterogeneity instead of functionality«). We bring together employees and managers from all plants and all functions to take part in a two-day Learnshop. One SYNNECTA member teams up with an expert from the organization in order to enable all participants to learn and work together as well as learning about the culture of learning itself and experimenting with it.

In 2012, an international roll-out was started in Europe, the USA and Africa. What was special about it was that we reacted to this multicultural challenge with inter-cultural competence: a typical SYNNECTA response. We placed a »native speaker« into each of the sites abroad in order to »translate«, break down cultural barriers and address the participants according to the conventions of their own country. The results went far beyond the enactment of new strategies. The entire organisation was vitalized and long-term learning enabled. Evaluation feedback was outstanding.

We aimed to achieve the same results in the plants in China. To our surprise, our »bottom-up« approach turned out to be the smaller problem. China is undergoing great change and there are many young, open people who are more than willing to learn. Our approach moreover made it possible to address cultural barriers and engage in our client’s organizational culture. In order to dissolve the remaining cultural barriers, our first step was not to present our approach, but to listen carefully to our client in order to engage with their organizational culture. This way, we were able to eventually offer customized trainings that addressed their needs. Not least, it was important that we were able, as usual, to work in two languages: we called upon our consultants Detlef Däke and Thomas Meilinger as well as SYNNECTA consultant and native speaker Vicky Qian.

As a young, growing consultancy business without a long-standing reputation on the Chinese market but with a very well-trained Chinese team, we had to set out by earning a positive opinion of our competence. We were soon able to wow our client. We achieved that by enabling vibrant group dynamics and intense interaction, working with real and concrete case studies during the workshops.

Our approach was unusual for Chinese organizational culture. The Chinese market is fast and dynamic and companies tend to find rapid solutions for those problems that smart the most at any given moment. Vicky Qian: »Most organizations are fighting for survival. They want to take care of products, profit, the market. We, on the other hand, take care of the people, of bringing culture into the organization. This does not offer organizations a rapid solution, however: it gives them long-term paths on which they learn to recognize the relevant changes early on, to lead their employees and to continue to develop the culture as a whole.«

In the first two events, altogether 120 participants were given an insight into the processes in international logistics networks with the aid of a process image as the Big Picture. The participants were furthermore encouraged to critically question these processes. At the same time, we employed innovative dialogue methods in order to foster the development of ideas: encouraging the exchange of experience and the ability to absorb new perspectives whilst avoiding dry specialization trainings.

The careful adaptation of our methods to cultural needs and specificities are a way of effectively communicating not only change and management issues, but also demanding specialist concepts. Before this very year is out, we will conduct another three Learnshops with 180 further employees. In the Chinese production plants, our client’s logistics restructuring is already well under way. Our client’s great satisfaction already speaks for itself. We feel that our Chinese colleagues’ high skills set is a great gain. Diversity opens new perspectives; that is also true in local consultancy teams. 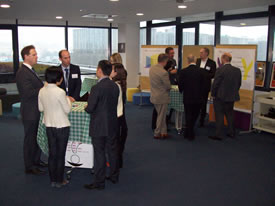 »The word of VUCA sounds very VUCA, while the world of VUCA is really VUCA.«

That is a very interesting comment shared by one of the participants in the first TrendLab in Shanghai on February 28th, 2014.

Initiated by SYNNECTA, invited by AHK (German Chamber of Commerce), and hosted by Bosch China, the first TrendLab: 21st Century Leadership attracted more than 20 general managers and HR directors from different companies. Dr. Ruediger Muengersdorff, CEO of SYNNECTA GmbH as a chief speaker, shared different trend scenarios with the participants and moderated the rounds of discussion on leadership.

Back to the comment at the very beginning: VUCA (Volatility, Uncertainty, Complexity, Ambiguity) might be the best interpretation of the overall situation of the dynamic world: New technology is accelerating the industries; social media and IT technology connects the world more than ever; customer relationship is getting more challenging and service is much more in focus than products; Generation Y shift their needs and more and more get into management role … speed, development, change, trust are all keywords in China.

What will be the future challenges in leading companies in China? Take Generation Y as an example. Generation Y in China mostly mean the post-80’s, the generation who were born under the one-child policy, used to be the »little emperor« in a family. The need of them in a company is not to make money any more but to identify, is not to be a worker but more to be an explorer. Compared with the post-70’s, post-60’s, they have more willingness to show their opinions and need more recognition. How to find out their motivators to drive them forward, how to link them rather to the company than to the managers are the challenges for leadership. The crucial challenges for managers are how to gain more confidence and trust and how to support their employees in their development. How to motivate employees and how to find the right person for the right task? Self-steered work in projects might be an idea – if passion they have is not constant enough, achievment and responsibility are important to drive associates. Beside these, mentorship is a very hot topic which participants expected a lot to develop in companies in China.

Looking forward to the future, to developlocal decision power, to enhance China R&D, inter-culture knowledge and experience are all challenges and development trends for leadership in China.

The participants agreed that the TrendLab provoked a lot of thoughts and were keen on continuing cross-company discussions to stimulate innovation and to better prepare for the changing leadership role in the 21st century. 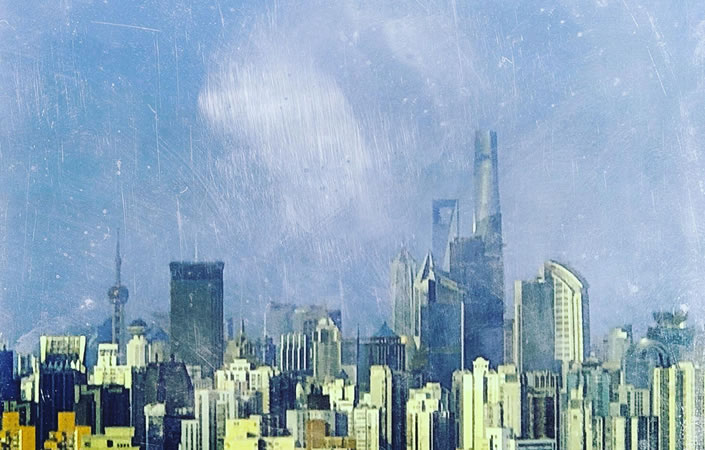 There hasn’t been much change yet. We Europeans send our employees to, say, Asia, in order to teach and we invite employees from other countries to us in order to learn. Quite apart from the problems these traces of the colonial era bring into our relationships, I cannot help but ask whether we Europeans are not missing out on an important opportunity to learn for our future.

Let me share a story. I met a manager from India who had been invited to come to Germany for two years. He was an energetic young man who wanted to get things moving and learn for his country and his organization in his country. He was full of admiration for the degree of order he found in Germany and experienced the country as very tidy, as a place where everything has its place and everything is regulated. His only concern was that he could not see where he was able to make a contribution. Almost all decisions had been taken out of his hands by the infrastructure, the course of everything was in place and he was only able to follow through. He was not able to live out his role as a manager, because he saw that everything had already been »managed«. While he admired this state of affairs, he also felt uncomfortable in his experience of ossification, lack of initiative and indecision that comes with the dominance of an infrastructure.

While we talked, I looked out onto the streets, the regulated traffic and compared my own experiences. They are very different. My Indian acquaintance continued to tell me of a recent experience that still puzzled him. He had to pass a driving test in Germany. While driving on a main road with right of way, he nevertheless slowed the car at each junction in order to ensure that the other drivers would really stop for him. He did the same at green traffic lights. The tester criticized this practice and told him to continue driving without interruption. My acquaintance was confused and tried to understand how it is possible to simply rely on someone else sticking to the rules? For him it had been necessary to confront the incalculability of others and take safety into his own hands. As he sees it, it is his responsibility.

In this regulated country, on the other hand, we can usually rely on others complying by the same rules as ourselves and it makes sense to keep driving without interruption on the basis of this trust. But in India? Such behavior would not end well there. Given the same regulations, it would still be better to rely on behavior that follows individual decisions, which means: step on the brake here and there. The behavior of others is spontaneous, follows their own rules and has to be »managed« with regard to one’s own behavior. The outcome there is not down to infrastructure but to everyone’s own, anticipatory decisions.

This episode translates as: adhering to behavior that is responsible and includes others in complex, ambivalent and open situations. That is one thing we would stand to learn if we were to be invited, say, to India. After all, global businesses have in common that they experience heightened speed, insecurity, vulnerability, complexity and ambiguity. These are situations where bureaucracy trying to conquer these agile and often chaotic situations by way of rules has often failed. It is far too slow and rigid.

It would benefit our own future and competitive capacity to set out in order to learn.