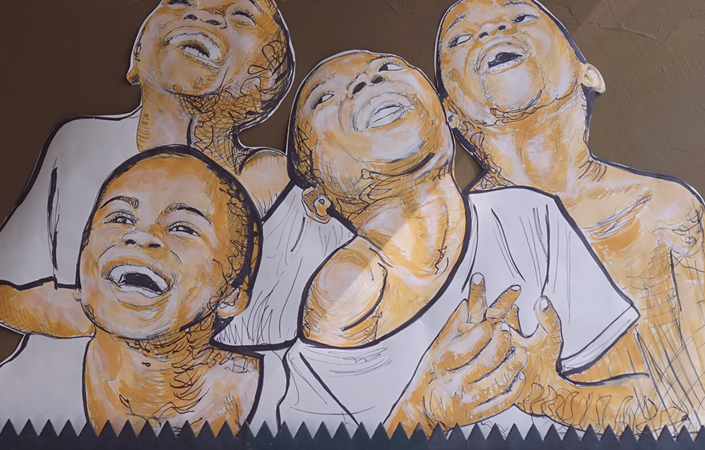 Shifting the Meaning of Leadership Roles: Thinking Leadership from the Employee Perspective

1. How does the meaning come to be shifted?
The Western world has some specific cultural patterns. One of these calls out to us already from the Story of Creation in the Old Testament: »…replenish the earth, and subdue it!«, and it paints an expectation of pain and suffering. We are called upon to be doers, designers, movers. That is the core of the leadership role: design, do, create. Our modern experience of a global, networked world and its dynamics, as well as the confrontation with other cultural assumptions and values casts doubt on our notion of a confident, designing subject who has been given the world as a creative space. The modern experience appears different: it is not us who subdue the world, but the world that subdues, even overwhelms, us. Instead of scaring us off, though, this insight makes us look for new ways of finding a balance between designed influence and acceptance of the fact that the world shapes us as much as we shape it. It is an experience that also shapes our notion of leadership: the confident role taken on by a designing manager is being challenged by the potential of leadership by collectives.

We have reached a point where we are more likely to describe a manager as someone who enables, sponsors, moderates. We speak of serving managers with the values of humility and caring. It is the path from a strong ego to being part of a greater community.

It appears as if the manager of old had surrendered in the face of complexity, contingency and acceleration. That kind of leadership can no long fulfil the role of the knowledgeable designer and is facing the limits of its own confidence. Hence an answer is sought in the potentially more powerful and more intelligent collective and its multitude of voices. We trust in the wisdom of many views, different discourses and we believe that the collective as a group with a range of perspectives is more likely than the old manager-hero to succeed at the complex tasks of the modern world.

This development goes hand in hand with an insight that the Western dominant model that everything has a reason and can be based on a cause is powerful, but not universally applicable. A complex, accelerating and dynamic world teaches us to look at events in a systemic way: we view events as interactive and interwoven conditions in which we cannot find a single, unmistakeable cause, but instead find networks that might have caused the event we are seeking to explain. Knowing a single cause shows us a single goal-oriented path of action. A network of relationships forces us to follow feedback whatever we do, to become part of the network, to learn to live with the network. (Hence the altered understanding that mistakes, by triggering feedback, are an opportunity to learn.)

2. Has the old leadership role become obsolete with the turn towards the collective?
In order to master the challenges we face, to find an answer that serves the whole, we surely need the many voices of a diverse collective: we need open discourses without fear. For these discourses to be successful and the many voices not to get stuck in unforgiving positions, we also need guides, an orientation and the ties to a common horizon for whatever is needed at that point. It remains the leadership task to provide orientation, carrying the entire risk of having been wrong. Leadership must surely learn to accept that the subject is not the mighty centre but a part of the whole with a very specific role in that whole. It is always a painful task to learn that I am limited and restricted and that the path to overcoming that limitation are the others. There is another old adage that has accompanied the Western people, passed on by an Ancient Greek oracle: Remember, you are a human! Only a human, but also a human. Hannah Arendt attributed to these humans the ability to make a start. That also remains a leadership task.

3. Is the collective ready to assume leadership tasks?
In many years of working in group dynamic settings, I have seen how difficult it is to attain common orientation and goal-oriented cooperation in groups that lack leadership. In addition to the known group effects (finding roles, positions and meanings in a social field – emotionally driven effects), the development of collective, limiting patterns of perception, thinking and decision-taking form the greatest barrier to a multi-perspective and open dialogue. Together with the emotional dynamics of group cohesion, it reduces the opportunities of multiple perspectives, shrinking the group into – usually subconscious – groupthink. Without directed work on these limited patterns, groups stay far below their level and cannot achieve their given task: to better manage complexity. The dynamics of groups keep covering up the factual focus and, as psychoanalysis described for individuals, access to the collective mindset as a subconscious entity is boarded up by many defence mechanisms. This is why working with the collective mindset requires a deep expertise in group dynamics. It is the only way to manage the new balance in leadership: a more productive balance between leading and being led.