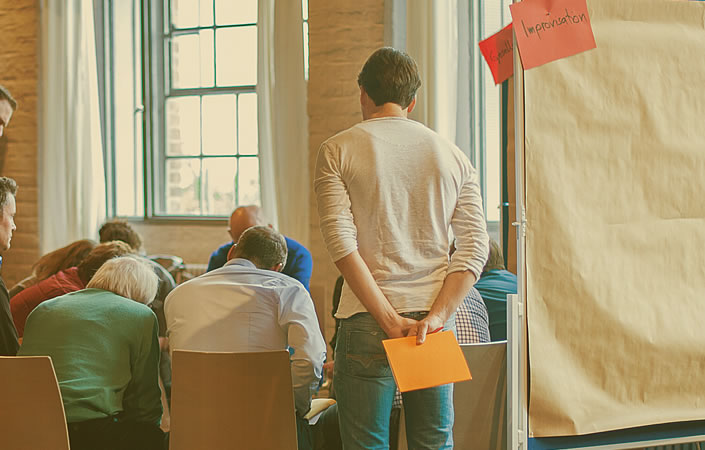 In the following analysis, organizational culture will be considered as a field of discourses in tension within which employees have a range of possible courses of action at their disposal. Following Rainer Keller’s sociology of knowledge approach to discourse (Keller 2005), discourse is understood to be »ensembles of meaningful units structured by content and form, which are produced within a specific set of practices: structured connection of interpretation/action. They provide meaning […] to social phenomena and therefore constitute their social reality. They are simultaneously an expression and constitutive condition of the social.« (Keller 1999).

According to cultural anthropologist Wolfgang Kaschuba, a discourse includes

Every social system prefers a certain type of discourse and controls, organizes and channels the production of all discourses so as to maintain order (see, e.g., Foucault 1994). Philosopher Jean-François Lyotard, however, made it clear that any single social system is always percolated by several discourses, which will either support each other or are mutually exclusive in a state of the differend (Lyotard 1987). Even where one discourse is excluded or suppressed by the publicly advanced and currently more powerful discourses that does not mean that it does not have any influence or cannot even become that major discourse in particular situations.

From this point of view, every company is a lived culture, where the manner in which culture is lived will be defined by (competing) discourses. A company can, however, also have a culture, e.g., by having a displayed culture that may be enforced by top management by means of discourse in order to attain a principle set of concrete values, norms and rules. The discrepancy between displayed and lived culture is, as change projects show time and again, one of the most important reasons for resentment and a lack of motivation among the employees. In this context, a differend in discourses will soon develop into internal crises of plausibility within companies, and these will sooner or later seep outside via the employees and can cause lasting damage to the company’s, brand’s or product’s reputation.

Against this background, cultural anthropology and its own theoretic, methodic and practical set of tools emerges as a leading discipline for a change management that has a sensibility for culture and therefore will have a lasting effect…