Letting it run without letting go: Strategies in the world of VUCA (Handling VUCA II) 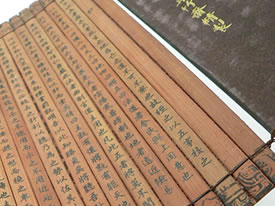 The wisest warrior
need not ever battle.
(Sun Tzu)

When we accompany international project or team work we often encounter a European image of China that is rather unflattering to our Asian project partner. This image depicts the Chinese as unpredictable, imprecise turncoats, as evasive and actionistic – as anything but reliable project partners with whom one can establish a stable cooperation. As is so often the case, these may be prejudices that at a closer glance prove to bear a kernel of truth: Facts that are non-judgmentally understood to reveal a different, but not necessarily wrong, behavior. In this contribution, I will investigate the hypothesis that the Chinese really do have a different strategic approach to their projects and their entire business model. Furthermore, I hypothesize that this »unreliability« is just one face of a more successful strategic approach to handling VUCA.

I want to start in a field that brought us the word »strategy« in the first place: warfare. The French philosopher and sinologist Francois Jullien has been researching the differences between European and Asian philosophies and world views for a long time. His comparison between the two war strategists Carl von Clausewitz and Sun Tzu is of utmost interest for the business world. While the Prussian military theorist wrote his classic volume On War in the 1830s, Sun Tzu formulated his hallmarks of successful military leadership as early as 500 b. C. in The Art of War. What are the differences between the European and the Chinese strategist of war?

Clausewitz was convinced that a good military leader needed a good plan that would provide an ideal basis by defining every single step from the outset all the way to the goal and result. This model assumes a chain of individual steps that follow the logic of cause and effect to eventually gain victory. Clausewitz was aware that reality can intervene and cause minor aberrations,which, however, never come to question the plan itself. He goes even further: more contrary circumstances and the need for greater heroism and bravery in faithfully executing the plan will result in a greater moment of surprise for the enemy and hence will make the plan all the more effective. The focus of the strategic plan is placed on the individual’s actions that aim for the shortest path from cause and effect: the acting subject will stick to the plan with all their might and will thus have the best chance of becoming a successful war hero.

Sun Tzu had devised a different strategic concept for success more than 2,300 years previously. His aim consisted of using the current constellation at any given moment for the benefit and profit of all. His thinking departs not from the future goal but from the given situation and the potential it bears. For Sun Tzu, strategic thinking is to define the beneficial factors of the now and to profit from them. There is no ideal plan, nor purpose-bound reasoning. Sun Tzu’s strategic leader allows an environment of favorable factors to ripen, which will eventually deliver his victory. Ideally, the situation is so well prepared at the very encounter with the enemy that the enemy will inflict failure upon himself or »is already beaten«. Thus, Sun Tzu values the easy victory that has been orchestrated out of sight. This requires the military leader to let the process run without letting go of it, having to take on a discreet secondary position and adapt to developments; Lao-tze called this »helping along that which happens by itself«. This military leader sees himself as someone who alters the situation from behind the scenes, not as someone who actively intervenes.

Strategy maps, goal cascading, milestones, annual goal agreement talks, measurement catalogs, KPI cockpits, etc: The current strategic reality of European businesses appears to reflect Clausewitz rather than Sun Tzu. I believe that a comparison of the two thinkers sheds light on how Europe culturally misunderstands Chinese project work. The Chinese partners’ lack of reliability is not due to a lack of competence: Rather, the two partners do not fit because they employ fundamentally different approaches. Europe will be well advised to take off its own, still colonialistically tinted, glasses (as Rüdiger Müngersdorff recently described so well), and to critically confront the prejudices in order to look at the situation together and at eye level with China.

I would like to go even further, however, keeping with the hypothesis outlined above: Would Europe be well advised to don Chinese glasses in order to be able to deliver better strategic work in a world of VUCA? Charles-Edouard Bouée’s book Light Footprint Management was published a few months ago. In it, he sketches the strategic factors of success in the contemporary business world. He also believes China to hold one of the keys.

Bouée avers that a successful strategy in times of VUCA keeps an eye on the entire context and is highly adaptive with regard to a fluid context. It no longer employs a precisely framed vision of a goal that cascades down to the level of measures in every little detail. An intelligent strategy rather formulates a fuzzy vision, which, while not being arbitrary, does provide enough room for adaptation maneuvers. What does need to be precisely described and speedily acted upon are the tactics that are employed at the very right moment. Fast action follows patient waiting (whilst retaining highly attentive readiness) and vice versa. The right moment is not defined by the milestone but by the providential opportunity. A pragmatic experiment followed by the fast analysis of factors of success and failure in order to »calculate« these into the next actions outranks idealistic utopias of fulfilled plans. This illustrates how much currently useful business wisdom lies in the strategic approach that Sun Tzu described millenia ago.

SYNNECTA is already working on a range of projects together with clients who are interested in the future and open for new paths, where we implement business strategies aiming at being able to better handle VUCA. This does not mean that we are abandoning all »old« strategies. It does, however, mean that the businesses train their focus on achieving a lighter step, agility and business orientation as is appropriate to the given field, business aim and organizational culture.