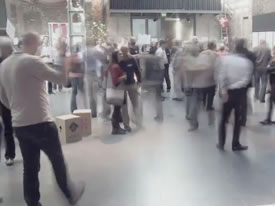 Since the turn of the millennium, a mission statement should be part of every corporate identity. If you don’t have one, you shouldn’t wait any longer and get one! Why?

Because they provide an orientation in times of globalization and of fall in value, where well-known boundaries become blurred and where personal safeties are not that secure anymore; they offer guidance in times of increasing size and complexity of enterprises, where sustainable management is often postulated and in times of continuous changes, of post- and post-post-merger cultures and the related challenges of management control. Mission statements shall motivate and give action-based orientation to the organization as a whole and to every single employee. Is this task too demanding for a mission statement? Or is a mission statement more about conveying a positive image inside and outside a company? If so, the mission statement would neither meet its own expectations nor have any effect. It would be obsolete from the start. So what is it about?

Generally, the establishment of corporate mission statements is highly related to the mechanisms of development of nations, as well as national cultures and national societies. Those are determined by many different aspects, such as language, education, holidays, capital, national teams, narratives and myths and many more, all aiming to create a deep feeling of community.

The concept of »nation«, particularly due to the political and intellectual authorities of a country, has been a highly successful concept in the past – especially regarding the social and economic development of many nation states. There is no need to emphasize that nation-building sometimes paved the way for radical nationalism.

Anyway, today is the crucial question: In how far is the concept of a homogenous national state up-to-date, regarding the political, social and economic development? How can it ensure its inclusive character and its function of giving orientation? In Germany, these questions are discussed regularly and controversially in debates on the »deutsche Leitkultur« (German guiding or mainstream culture).

A theory that emphasizes the heterogeneity of modern societies is called »hybrid society«. According to Homi Bhabha, a key theorist of this school of thought, hybridization is not merely a blending, but the strategic and selective adoption of meanings, containing creating space for those people, whose freedom and rights might be at risk. This concept is not about forming a common, national culture by same language, same education etc.. It is about mutually creating space for heterogeneous ways of living together and side-by-side, a way of living that reflects much more the social reality than a homogeneous national culture.

Transferring these descriptions of social realities to the ones of today’s enterprises, one finds that these too are spheres where heterogeneity becomes more and more visible and common, due to increasing internationalization, fusions and/or purchases of other companies. It is questionable in how far a traditional mission statement can fulfil the demands of a modern enterprise and which guiding elements could take its place.

Diversity Management deals with these questions and offers a number of interesting solutions, but is very often reduced to single aspects like gender, age or disability integration, or it is practiced to establish a homogenous corporate culture. More radical would be a concept like »hybrid society« which does not aim to create a homogenous culture, but instead accepts the existing diversity and aims to foster the diverse potential of all kinds of people. Google might be a suitable example for this.

We at SYNNECTA practice these concepts in our daily consulting work, linking them with our own approaches like the community or »Durchwegung« concepts. We discuss an alternative to the traditional mission statements among our colleagues. We are looking forward to all further debates on the topic with colleagues and customers.