Both agile and lean – ambidextrous but not Janus-faced! 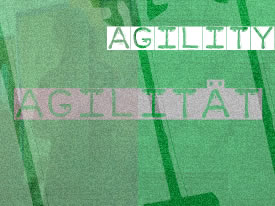 Applying what is proven and exploring what is new.
(SYNNECTA’s long-standing claim)

Ambidextrous organization: this term was coined by Robert Duncan in the 1970s and picked up by James March in the 1990s and more recently by several other authors to describe a core future competence of organizations. The word ambidextrous comes from the Latin ambo (both) and dexter (right hand) and designates the ability to use either hand with equal skill. In the context of companies, ambidextrous organizations are simultaneously efficient and flexible, adaptable. They can make maximum use of what is there (exploitation) and explore what is new (exploration).

My blog contributions so far have focused especially on the aspect of adaptability and the potential for exploration by companies in a situation marked by volatility, uncertainty, complexity and ambiguity (VUCA), as well as the search for adequate forms of behavior in the face of VUCA, e.g., in the realms of strategy, organization, cooperation and leadership. I remain convinced that companies will in the future be confronted more and more frequently with VUCA situations and that, therefore, exploration will gain importance. At the same time, I do not mean to say that we should forget exploitation. Companies will continue to act largely in situations characterized by being stable, secure, simple and explicit (SSSE). In such situations, it is sensible to act differently than in a VUCA situation.

In order to chose the right approach, it is initially important to be able to define the situation one is in at all. The Stacey matrix (named for Ralph Stacey) can help to do so: Stacey established a correlation between the degree of agreement on the path to be taken and the degree of certainty of that path. If, for example, all parties in the company agree on which path is to be taken, and if it is also clear how this path should be taken, the organization is in a simple situation, in which it makes sense to rely on tried and tested standards, submit these to tight monitoring and continuously improve them. The situation is different when there is disagreement on the path, for example because of great diversity among the stakeholders. If the path to reach the goals becomes additionally more uncertain – for example, if there is not enough information available or technologies to reach the goal have yet to be developed, the organization is entering an increasingly complex situation (and if disagreement and uncertainty both increase to the maximum, the environment even becomes chaotic). Standards are of little help in a complex situation. It makes more sense to »negotiate« paths via open forms of cooperation and to foster creativity and innovation.

Welshman Dave Snowden set out the Cynefin Framework, in which he similarly differentiates between four different domains for organizations: obvious and complicated domains are clear enough to be able to establish what needs to be done out of best, resp. good practices. Complex and even more so chaotic domains lack in clarity so greatly that only emergent resp. novel practices can help. The difference between the first two and the last two domains is the following procedure: in simple and complicated domains I see what is happening, categorize and analyze the reality I have sensed and then react with reference to the results. In complex and chaotic domains, on the other hand, I begin by probing and acting. Only then do I sense what happened and react accordingly in my next step.

Both the Stacey matrix and the Cynefin framework can be very helpful in organizations in order to identify the current situation, for example in a project landscape. In workshops, it has served me well to use pinboards on which to order the separate (part) projects into the Stacey matrix or the four Cynefin fields with the participants. It was usually easier to decide afterwards which procedure would be best suited for the given (part) project.

In obvious and complicated domains it makes sense to raise exploitation efficiency via standardization, as the situation is sufficiently stable, secure, simple and explicit (SSSE). Efficiency programs, such as those related to lean, are a sensible choice in such cases. Complex domains, on the other hand, are characterized by volatility, uncertainty, complexity and ambiguity (VUCA); exploration of agile methods of working will be more useful in these cases.

I will not give a detailed explanation of lean and agile approaches, but I will give a short, differentiating outline of them. The lean approach comes from the automotive industry and is focused on batch and mass production. It is aimed at creating a lean business that uses optimized processes and continuous improvement to produce as inexpensively as possible and in best quality with the fastest processing time. Efficiency is raised through continuous identification and removal of what is considered waste. Standardization plays an important role in order to reduce changes and to generate comprehensive processing security. At the same time, the business will ideally be fully transparent with regard to all figures.

Agile approaches, on the other hand, come primarily from the IT branch for the generation of individual products (which can then be »cloned«). The process is iterative and strongly includes the client, creating the product in continuous increments step by step from the first, rudimentarily functioning raw version to the final version. The agile approach has full flexibility, especially in order to be able to react to altered conditions by changing the product fast and inexpensively. Short cycles include phases of work (often known as sprints), followed by collection of open feedback. This is to avoid running in the wrong direction for too long, and enable early adaptation.

I have found that agile approaches often have to struggle against a reputation of chaos and anarchism in companies (although that is quite unjustified), but are usually not considered dangerous. In contrast, the announcement of a new lean project often has half the employees fear for their workplaces or at least assume that »harder times« are upon them. The creation of transparency is often experienced as an increase in totalitarian control. This is somewhat justified, as many lean projects in Europe really do not seem to be based on the original lean philosophy from Asia. Many lean programs in European companies are in fact squeeze outs that aim to tighten the belt. Again, it is not rare that they are initiated from the outside with the help of consultants equipped with stopwatches and that they are »beaten« into the organization from top to bottom, making extensive use of hierarchical authority.

Lean programs that are implemented in this manner clash significantly with agile approaches. Agile work is not possible when there is pressure from above: Agile work is pivotally based on personal organization in teams and Pirate Leadership, which are utterly necessary (according to the Ashby Law) in order to sufficiently depict the external complexity of the environment inside the organization in order to achieve directive authority.

Such Janus faces can be prevented if organizations conduct lean projects while focusing on an attitude that was originally at the basis of Asian lean philosophy. With this attitude, lean organizations actually empower their employees. The employees are given a wide range of responsibilities of their own in order to raise potential efficiency. The spotlight is on team work and managers consider themselves supporters and coaches to the employees. The resulting culture of transparency is not experienced as a threat (as it is not a tool for control by authoritarian leadership), but really serves constant improvement together with open feedback in a healthy culture of mistakes. All of that is then compatible with agile approaches.

With this attitude, lean and agile approaches in an organization both display the same, valuing and calculable face of management. It speaks with a single tongue in a clear language of reliable organizational culture. Within this environment, the employees are able to use both their hands to have a strong grip on efficiently exploiting the SSSE world while also successfully exploring the VUCA world.